Jonah Hassenfeld worked as a high school history teacher for a decade and ultimately earned a PhD in History Education from Stanford University. His research focused on how young people narrate the history of their own groups. 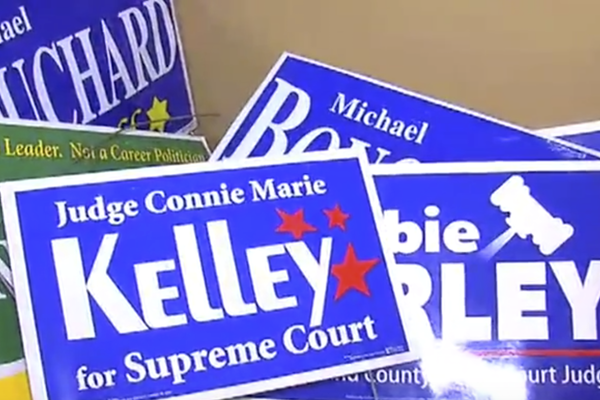 In 1831, following decades of tumultuous French politics, Alexis de Toqueville toured the United States to understand why democracy had flourished here, while it had failed in France. Ultimately, Toqueville concluded that the strength of American democracy rested not in separation of powers or in our constitution, but in local politics. Local government, he wrote, was “the life and mainspring of American liberty.”

This week, Americans will have the opportunity to vote for the municipal officials that run cities and towns. Unlike national politics, where most people rely on Democratic and Republican leaders to define the “right” answer, local issues often cut across contemporary party lines. Following local politics offers the chance to shed the partisan blinders we all wear and to think through issues from the ground up. This fact makes local politics an incredible resource for helping children understand what politics is and why it matters.

Engaging with local politics is so easy, even a four-year old can do it. A few weeks ago, my four-year-old noticed the proliferation of lawn signs in the run-up to our town’s municipal election on November 5th (which happens to be her birthday). She asked me, “What does that sign say?” I told her, “Bryan Barash for City Council.” We walked a couple more blocks and she asked me, “What does that sign say?” “Emily Norton for City Council.,” I told her. She started counting who had more signs.

After enthusiastically keeping score for a while, she asked the next obvious question: “Why are they putting up signs?”

“We’re going to choose who’s in charge of our city,” I told her. “We’re going to vote for one of them. They tell us what they want Newton to be like, and we pick whoever we think has the best ideas.”

“Who do you think has the best ideas?” she asked.

“One of the main things they disagree about,” I told her, “is how many new houses we should build in Newton. What do you think? Should we build more houses?”

She was quiet for a moment. “There was just a big storm in Florida, so maybe if we build new houses, people could come live here.”

“But If we build more houses,” I pushed back, “there might be more traffic and Newton would get more crowded. You might have to wait longer for a turn on the swing at the playground.” She was quiet.

A few minutes passed and I started to wonder if I had gone to far.  But then she spoke up again. “I don’t care if there’s more traffic,” she told me. “More houses means more new friends, so I think we should build more houses.”

With just a little support, she grasped the issue, weighed the costs and benefits, and took a stand about the kind of place she wanted to live. At a time where it feels like there’s nothing good about politics, and young people question whether democracy is worth it at all, this conversation with my daughter reminded me of its promise.

Almost two hundred years ago, Toqueville articulated the promise of an American democracy grounded in local, communal life. In the 1830s, of course, the reality of American democracy remained far from Toqueville’s utopian vision.  Laws deprived huge numbers of Americans of their right to vote and failed to protect their liberty. In many cases, local politicians wielded their power to oppress minorities. Even today, the promise of a country whose destiny is shaped by all the people who inhabit it remains to be achieved.

But despite these challenges, the dream is worth taking seriously. To him, it didn’t matter whether people were motivated by a sense of public service or by the self-interest of not wanting to have a public road cut cross their backyard. The strength of American democracy was that citizens have the power to advance their vision of American life in the public square, regardless of why they choose to exercise that power.

Next week, Americans will go to the polls. In most local elections, turnout is low. With attention grabbing headlines from Washington, it’s easy to forget that we make many of the most important decisions that shape everyday life--how should children be educated?  What kinds of housing can be built in our cities and towns?--at the local level.  These elections represent an untapped opportunity to talk to young everywhere about the issues that shape their lives locally.