Andrew Fletcher is an intern with the History News Network. 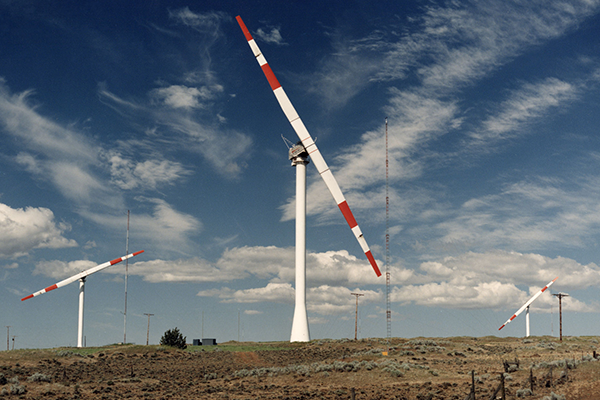 Greta Thunberg stood in front of over 100 global leaders at the U.N. climate summit on September 23rd and accused them of sacrificing our planet’s future. Her palpable rage resonated with world leaders and concerned citizens alike. French President Emmanuel Macron responded in support less than an hour later and German chancellor Angela Merkel met with Thunberg that same day. The video of her speech was widely shared on social media. She lamented that “for more than 30 years, the science has been crystal clear. How dare you continue to look away and come here and say you’re doing enough when the politics and solutions needed are still nowhere in sight?”

Climate change is often framed as an impending, ever-growing wave that never crashes. It’s formless; it will happen sometime in this century and we’re supposed to do something about it, but not many people really know what. There’s a hodge-podge of solutions that are thrown around at Democratic debates and global summits – a carbon tax, sea-level rise evacuation, sustainable agriculture, rejoining the Paris Climate Accord – but like the much-talked about Green New Deal, plans are not so clear-cut that people can easily rally around them.

However, there is one form of green energy that humans have used to harness energy and power society since early recorded history: wind. As we debate what to do about climate change, we should recognize that green solutions like wind turbines are not new ideas and are a feasible energy source.

The science may have been crystal clear more than 30 years ago, but the use of wind as an easy, free source of energy started spinning long before that. Wind energy began to be used in the cradle of civilization in Ancient Egypt. As early as 5000 B.C., windmills caught the wind to help power boats up and down the Nile River. It soon developed methods of mechanical use. Wind wheels in modern-day Iran were used to grind grain and pump water by the 9th century. Wind power eventually spread to Europe, where the Netherlands adapted windmills to drain lakes and marshes along the Rhine River Delta. Early manufacturers of wind turbines quickly realized, however, that there was no economically viable method of energy storage. Until some way to capture the energy was discovered, wind energy was simply not feasible.

Until the 19th century, wind turbines were primarily used to drain wetlands. Beginning in 1887, though, prototypical wind turbines began to be developed in Scotland by Professor James Blyth of Anderson’s College in Glasgow, and in Cleveland, Ohio by Charles F. Brush. These were the first wind turbines used to produce electricity. Brush was able to address the energy-storage problem. His 12-kW turbine charged 408 batteries in the cellar of his mansion. At the 1893 World’s Columbian Exposition in Chicago, manufacturers touted their new designs to the rest of the world.

In the early 20th century, wind energy became a much more popular energy source. In the 1920s and 30s, the Midwest became the wind energy hub of the United States. Farms were dotted with wind turbines and it became the dominant energy source for the region. The Soviet Union initiated utility-scale wind turbine development in 1931. In 1941, the first megawatt-sized turbine was connected and put into use in Vermont. The turbine, manufactured by the S. Morgan Smith Company, was the only similarly sized turbine to come online for another 40 years.

Wind energy only became more feasible as designs became more cost-effective and productive. In order to increase demand, manufacturers looked for inspiration in the fast-growing aviation industry. In the US, the designs of increasingly larger wind generators were heavily inspired by airplane propellers and monoplane wings. Development of turbines in Europe increased dramatically between 1935 and 1970. The efforts were led by Denmark, with some contributions from France, Germany, and the UK. These efforts showed that large-scale production and implementation of wind turbines was possible. In the second half of the 20th century, the demand for turbines began to materialize.

Wind energy as an industry really first developed in the late 20th century in Denmark and the United States. Since then, wind turbines have taken very different paths in the two countries. They do have one thing in common, though. Whenever resources and fossil fuels are in short supply or demand, as they were doing both World Wars and the 1970s oil crisis, demand for wind energy has increased and the industry has grown.

The 1970s marked a major turning point for wind energy. The United States and the rest of the globe were experiencing the results of oil shortages. This shortage sparked an interest in alternative energy solutions, specifically wind energy. The US government supported and funded the research and production of large wind turbines. By the end of the 1980s, thousands of wind turbines had been installed off the coast of California. They were supported by federal and state laws that had encouraged the use of renewable sources of energy.

The 1970s showed that relativew cost matters: wind can take over when oil is expensive. Greta Thunberg, in her address to the U.N., addressed this economic side of climate change. She said, “We are in the middle of a mass extinction, and all you can talk about is money and fairy tales of eternal economic growth.” That has been the case since wind power was invented. Countries have always opted for the cheaper source of energy found in fossil fuels.

Fossil fuels might not be the cheaper option much longer. Not only will fossil fuels eventually be depleted, our reliance on them should come to an end before that even happens. Nonrenewable resources are cheap now because of new fracking methods, but is it also because we don’t see a feasible alternative? As we transition away from fossil fuels, wind energy should be recognized as just that. The claim is not an exaggeration. In his book, Drawdown: The Most Comprehensive Plan Ever Proposed to Reverse Global Warming, Paul Hawken writes “In the United States, the wind energy potential of just three states – Kansas, North Dakota, and Texas – would be sufficient to meet electricity demand from coast to coast.” That statistic is staggering, but it is a sign of hope that the developments that wind energy has made in the last 50 years have made it more appealing.

History has shown that when we can’t find our energy from fossil fuels, we turn to wind. It has historical roots that go all the way back to early civilization, and as an energy source it has a lot of potential. Currently, we have all the energy we need with fossil fuel reserves, but in 30 years that won’t matter. Due to the fact that we’re already seeing the effects of climate change, wind energy will become very important in the next 20 to 30 years. We should embrace it.