Gloria Steinem, the Women’s Movement and a Big Question 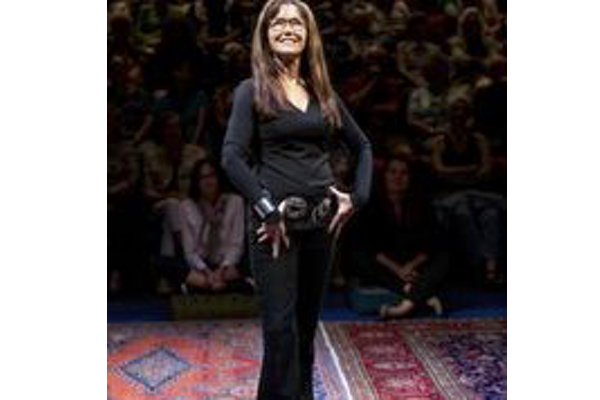 The play is not a biography of Ms. Steinem. It is not a drama, either. It is, well, an “experience.” Playwright Mann has put together a story in which Ms. Steinem, she of the famous aviator glasses, serves as the narrator for a tale about dramatic improvements in the lives of women since the late 1960s. The story of feminism is powerful. The “experience” is not only wonderful but admirable.

The big question, though, is where is Gloria Steinem?

You find out a little bit about her tentative relationship with her mentally unstable mother, her poor and struggling father, a bit about the founding of New York Magazine and Ms. Magazine, and her roles in both, and a whole lot about women’s leaders, such as Bella Abzug. You discover very little about Gloria, though. She is one of the most famous women in America, in the history of America, and yet the play does not tell you how she became so well-known and influential.

The story, told mostly by Ms. Steinem, played nobly by Mary McDonnell, puts her here and there in plot turns, and in the middle of hundreds of enormous photos projected onto the stage walls, but it never delves into what makes her tick. She is a great writer. She is a good speaker. She is flamboyant. She knows lots of important people. But how did all of that jell together to make her so famous? You do not find out and that is a shame.

There is much information, missing, too. She worked for a research company connected to the CIA, but that is not in the story.  There were a lot of people in the feminist movement who did not like her and accused her of using the movement to enhance her own glamourous image.  She was very involved in politics and was a delegate to one Democratic convention, but little is made of that. She had a lot of critics on many of her liberal views, and that is missing, too. There are large gaps of time in her life, such as her post college days, that are simply unaccounted for.

The play begins with Gloria graduating from Smith College in 1956 and going to work in New York City as a freelance writer in journalism, a field, at the time, run nearly completely by men. She has a hard time landing assignment until, by chance, she works for a while as a Playboy bunny in 1964 and writes a story about it. That gave her some notoriety and propelled her into the freelance writing field.

She winds up covering women’s’ rights protests and abortion marches. Then she blended into them and became a leader and speaker.

You find out little about her personal life. She had a sister, but the sister is not in the play. She had relationships with lots of men, she says, but did not get married until she was 66, to Robert Bale, the father of actor Christian Bale, and then her husband died just three years later. Why no other marriages or deep relationships? Did she have hobbies? Pets? Favorite books? Whom did she admire?

While all of that is a bit disappointing, the “experience” is terrific. Throughout the play, Gloria meets and works with numerus feminist leaders, such as Ms. Abzug (remember her and those fabulous hats?). Their story is, of course, a taut drama about American history (a women’s history going back to the 1840s). That story, of the marches and rallies, magazines, women’s colleges, court decisions and enormous national publicity, makes for a triumphant American story and Ms. Mann writes it well. The “experience” makes the play worth seeing.

Young people, especially, should see the play. Women did not get where they are today by writing letters to the editor, baby – they marched in the streets and shouted from the mountaintops for it.

PRODUCTION:  The play is produced by the McCarter Theater in association with the American Repertory Theater at Harvard University and with special arrangement with Daryl Roth. Scenic Design:  Amy C. Rubin, Costumes: Jessica Jahn, Sound: Robert Kaplowitz and Andrea Allmond, Lighting:  Jason Lyons. The play is re-staged by Ms. Mann. It runs through October 6.