An Interview with Historian Michael Adas 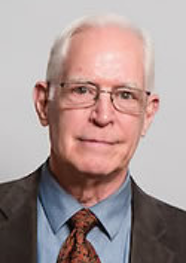 Michael Adas is an American historian and currently the Abraham E. Voorhees Professor of History at Rutgers University. He specializes in the history of technology, the history of anticolonialism and in global history.

Why did you choose history as your career?

Most of my reading as a boy was focused on history. So, despite being put off by the way it was taught in secondary school, I continued to read both fiction and non-fiction focused on historical events, particularly relating to the impact of warfare on historical development. Having been previously engaged with school plays and debate tournaments, when I entered college I intended to pursue a career in acting. Very mixed reviews of a number of minor roles I played in my freshman year, when pitted against several superb history classes soon led to the conviction that I should focus on the latter. Over time it became clear that my interests and skills were a good fit for a career as a college teacher and author.

What was your favorite historic site trip? Why?

While on a global-spanning, government-sponsored trip in the summer between my sophomore and junior year, I spent several days in the splendid Japanese city of Kyoto. Though I later decided to focus my graduate studies on South Asia, where I spent two months of the trip, the visit to Kyoto and other early Japanese cities initiated a lifelong study of garden design and cultivation. I also developed a fondness for Chinese and Japanese architecture and culture more generally that has informed my teaching and especially my ongoing contributions to eight editions of the World Civilization textbook I have coauthored over nearly three decades with Peter Stearns and Stuart Schwartz.

If you could have dinner with any three historians (dead or alive), who would you choose and why?

Assuming they are historians I have not worked with or met, hence on the basis of their writings, I would  choose Barbara Tuchman, Carlo Cippola, and Christopher Clark.

What books are you reading now?

Dahr Jamail, The End of Ice

(As long as I can remember, I’ve read several books simultaneously)

What is your favorite history book?

What is your favorite library and bookstore when looking for history books?

Library: The Main Reading Room (now defunct, alas) formerly in the British Museum. Book Stores: A tie between Foyles in book heaven along Charing Cross Road in London and Blackwell’s in Oxford.

Do you own any rare history or collectible books? Do you collect artifacts related to history?

I am not that sort of collector. But over the years students have given me historical artifacts from World War 1 and the Vietnam War. I have several first editions of soldiers’ accounts, novels, poetry, and journalists’ memoirs on the global disaster that became known in retrospect, the First World War.

Which history museums are your favorites? Why?

My wife Jane and I share a fascination with museums throughout Europe that focus on World War II. For other historical eras, excluding art museums with antiquities, I prefer the remains of, for examples, Roman villas in Morocco, trench memorials and buildings historically reconstructed in Belgium and northern France, and Frank Lloyd Wright’s remarkable structures in Tokyo and across North America.

Which historical time period is your favorite?

I am reluctant to limit this, but if compelled to do so I would opt for the late-nineteenth and twentieth centuries. Predictably this is the period about which most of my writing (less so my teaching) has been focused.

What would be your advice for history majors looking to make history as a career?

Read widely, but selectively, in the history of culture areas and time periods that you think you’d like to teach and write about – and be open to changing your choices in this regard. Even before you enter a graduate program, give serious thought to the courses you’d like to teach and how you would approach them. When reading the works of prominent authors pay careful attention to the ways they organize their narrative, include analysis, and seek to make the events they cover come alive for the reader. Keep a running account of you impressions.

Who was your favorite history teacher?

A tie between Ernest Breisach, a historian of the Italian Renaissance, whose undergraduate courses impressed me with the challenges and pleasures of writing and teaching history, and John Smail, my advisor and mentor in graduate school at the University of Wisconsin, where I focused on Southeast Asian and Global and Comparative history.

Why is it essential to save history and libraries?

The two are inextricably connected. They provide essential sources for gaining intelligent (but not necessarily correct) understandings of present events and broader developments, thereby making possible well-considered options for decisions that at the highest levels will shape the future of humanity and our planet.

You’re a member of the American Historical Association, World History Association, and the Society for the History of Technology. What unique opportunities have these organizations provided?

These and other organizations have provided numerous opportunities for me to present papers on both books and articles recently published (and in some cases revisit those that have been out for years). Equally important, both the AHA and Shot in particular have provided venues that have enabled me to connect with and learn from authors who are working on issues related to my own (or my students) works in progress. These occasions have often proved particularly valuable in shaping my ongoing work. Depending on the sites chosen for a particular year, the conventions of these and other scholarly organizations have also made it possible to renew contacts with former graduate students who have gone on to teach in distant places, editors present and past, and fellow historians (as well as anthropologists, political scientists, and freelance authors) at other institutions.

Many historians worry about how to preserve digital history. In your experience, how can historians overcome this challenge and preserve the history of technology?

Digital archiving strikes me as a superb way to preserve a wide range of historical research and writing, including a growing corpus of informal oral contributions that would otherwise be lost. Both in terms of dissemination and development, digital technologies have become essential to the preservation of a wide range of historical events and historians’ responses that would otherwise be lost.

In 2018, you published Everyman in Vietnam A Soldier's Journey into the Quagmire. Why did you choose to write about the Vietnam War?

During the decade when I was pursuing my undergraduate and graduate education, the build-up to and ultimately the full-scale U.S. military interventions in Vietnam escalated steadily. As my engagement in global history and international politics deepened, that ill-fated “crusade” proved to be the single most persistent and important historical process shaping my political and moral assumptions about the reasons for pursuing the teaching and writing of history. Nonetheless, I was frustrated at the time by the extremist and counter-productive nature of most of the local opportunities in Madison, Wisconsin for participation in protests against the war as well as my neophyte status that precluded publishing about the conflict.

In the decades that followed I managed to address the tragic history of that failed American “crusade” in my college teaching and some of my published works. But I was unable to find a way to bring together all of the forces and levels of conflict that came together in the war. That possibility finally emerged from an unexpected quarter: A seminar presentation by one of my undergraduate students, Joseph Gilch, about his uncle’s combat service and death in the conflict.  A remarkable trove of Jimmy Gilch’s letters to his parents and friends provided the means of connecting critical aspects of and lessons from the war that we as a society still need to absorb. These ranged from the ignorance of the people and history of Vietnam that prevailed among the leaders – both political and military – who made the decisions for the massive interventions that took the lives of Jimmy and so many other young Americans, and utterly devastated the people and land of Vietnam. The letters provided the basis for an inclusive, coauthored, and interpretive narrative of the conflict and its effects on both societies that I had sought to write for several decades.

From your experience writing this book, how can America better help our veterans?

Since the book is focused on the war and a soldier whose ordeal we viewed as a prism for participants and engagements on all sides, there is only limited coverage of the aftermath of the conflict or the veterans who survived. But Joe and I have exchanged views on the war and subsequent conflicts with Veterans on radio broadcasts, and engaged in often-intense discussions with Vets during and after book talks. Joe also had early contacts with Vietnam Veterans in his uncle’s unit, and these figured in important ways in the combat portions of the book. Above all, we wrote the book to contribute to the literature on Vietnam and America’s subsequent “little wars.” We intended the book to add to a growing corpus of works in multiple fields that provide the basis for present and future, politically-engaged Americans to resist leaders who seek to send our armed forces to fight foreign wars that do not involve our vital interests and brutally distort the historical trajectories of the peoples and nations that become the targets of these interventions.

Are you working on any new books?

In addition to essays for edited collections and the eighth edition of the co-authored Global History textbook for Pearson, I am currently working on a book on “Misbegotten Wars and the Decline of Anglo-American Global Hegemony in the Long Twentieth Century” for the Harvard University Press. I am also researching contextual historical introductions for a volume of excerpts from key writings on the diverse causes and effects of climate change and the ways developed or proposed the far to ameliorate the ongoing and increasing threats they pose for human societies and the life of the planet as a whole.

How can people who love history help save and preserve global history and history of technology? How can social media help?

I don’t think that either global history or the history of technology is in danger of being lost or marginalized at this juncture, and I cannot imagine their demise in the foreseeable future. The venues for publishing and organizing conferences in both genres have increased significantly in recent decades. With issues, such as international migration, race and gender relations, and climate change receiving ever more attention world-wide, I think the prospects for both fields of inquiry andsocial activism are almost certain to grow significantly in the decades ahead. And given the responsiveness, especially in recent years, of my students at all levels and the teachers in NJ-NY I have been working with in recent years, I believe that the importance of advanced technologies and the essential linkages provided by international organizations will significantly increase the impact of work in both fields. In dealing with global climate change and other vital trans-continental challenges, it will become more and more imperative to fund and expand collaborative historical projects and enhance the ways in which scholarly and activist findings in these fields are made widely available and acted upon across cultures.