Teaching the Fall of the Roman Republic During the Trump Presidency

Edward Watts is the Alkiviadis Vassiliadis Endowed Chair at the University of California, San Diego and a former director of the UCSD Center for Hellenic Studies. His most recent book is Mortal Republic: How Rome Fell into Tyranny (Basic Books, 2018). 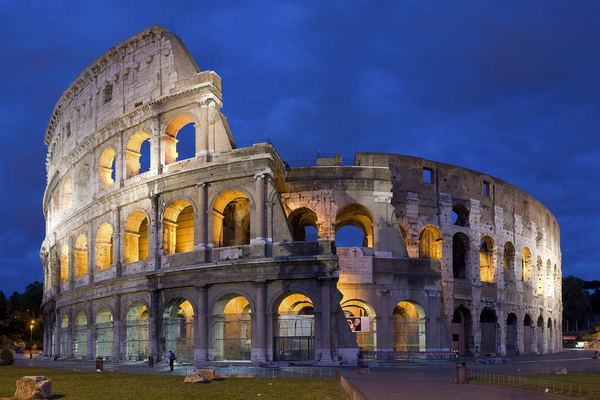 The summer of 2016 changed the way I teach Roman history.  That summer saw Mitch McConnell block the nomination of Merrick Garland to the Supreme Court and Donald Trump throw protesters out of political rallies. As these violations of American political norms accumulated, I began to get questions from students and relatives who were alarmed by the striking similarity of Trump and McConnell’s behavior to actions taken by Roman politicians during the last years of the Roman Republic.

This is not the first time that students have turned to Roman history for tools that might help them understand the present.  During the Iraq war, students and journalists alike looked to the later Roman Empire to diagnose the condition of American global hegemony. It was the Empire that mattered then as students worked to understand the contemporary relevance of moments of Roman imperial overreach like the emperor Trajan’s disastrous invasion of Mesopotamia or Maximinus Thrax’ failed attempt to conquer Germany. I had become used to talking about modern analogies to Roman imperial history. But it was the Roman Republic that students and relatives evoked in the summer of 2016.  At first, it seemed easy to dismiss their concerns. I assured my friends and relatives that American voters had learned from the past. Our fellow citizens could not possibly reward such cynical and menacing behavior. Of course, I was wrong. We had not learned enough to know better.

As I stood in front of a room filled with almost 100 college undergraduates to give my first lecture after Donald Trump’s travel ban was issued in early 2017, I realized how lessons from the Roman past could be newly meaningful to my students. I scanned that room and I saw students struggling to understand the abrupt transition from the administration of Barack Obama to the regime of Donald Trump. They did not want me to give them answers and they certainly did not want me to preach ideology to them. They wanted me to offer tools that could help them understand what this new world meant and how they might navigate it on their own terms. I decided to discard my planned lecture that day and instead spoke about Roman efforts to limit immigration in the 120s BCE. This prompted a wide-ranging discussion of how a representative democracy should balance the obligations it has to its citizens with the fair treatment of the non-citizens who live within its boundaries. The discussion proved so fruitful that I decided to redesign my class to focus on issues that Rome confronted 2000 years ago and that the US now struggles to address. 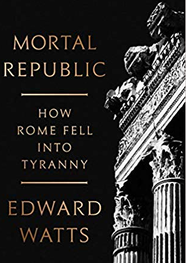 I believe that this is now the main job of a Roman historian. The US republic is a descendent of the Roman Republic, patterned on Rome by our founders. When our country began, Rome offered history’s most successful republic.  Roman historians have unique insights into how these two related republics successfully confronted social and political problems, as well as the particular dangers they might face. My class now focuses on these issues. We discuss the rise of finance in Rome. We examine how Roman economic inequality grew in the mid-second century BCE in ways that resemble what has unfolded in the US over the last 30 years. We recount the sort of corruption inequality fostered in Roman political life. We study Roman crackdowns on illegal immigration in the second and first centuries and how tensions about who deserved Roman citizenship eventually erupted into violence that nearly destroyed the state. We analyze the political dangers posed by legislative obstruction and how this obstruction in Rome fostered the rise of Julius Caesar and put the Republic on the path to become an empire. And, most of all, we talk about how menacing rhetoric, political violence, and ultimately Civil War destroyed a Roman Republic that for centuries had been dominated by compromise and collegiality.

These examples are not abstract. When Donald Trump calls on his supporters to throw protestors out of a rally, I am reminded of the way that the Roman populist politician Tiberius Gracchus used threats of violence as a political tactic. When Mitch McConnell uses parliamentary tactics to block votes on popular and necessary legislation, I am reminded of how the gridlock created by the Roman senator Cato led to the rise of Caesar. And when Democratic politicians call for retribution against Trump and his associates, I think of the cycles of Roman political dysfunction that primed Rome for autocracy by fostering popular cynicism about the responsiveness of Roman representative democracy in the first century BCE.

At every turn I emphasize to my students that the US is no more Rome than I am my grandfather—but, as citizens of the Roman Republic’s constitutional descendant, we ignore Rome’s failings at our peril. While Rome cannot tell us our future, it gives us important ways to think about the possible consequences of the disorienting political events happening around us.

Until January of 2017, I never imagined that the lessons from the fall of Rome’s republic would resonate so strongly in the America in which I live. It alarmed me when they did. But now, 2 years later, I take heart. My students are trying to understand Rome’s mistakes and discover sources of its political resilience. The Roman past is informing their efforts to shape the American future. With luck, they may use Roman lessons to help stabilize and even improve our Republic.