Vietnam Has Its Vietnam War. So Does Australia. So Do a Lot of Others.

Jerry Lembcke is professor emeritus of sociology at College of the Holy Cross in Worcester, MA. For a lengthier reading list on Vietnam War memory and commemoration see his bibliographic essay in the June, 1016 issue of Choice. 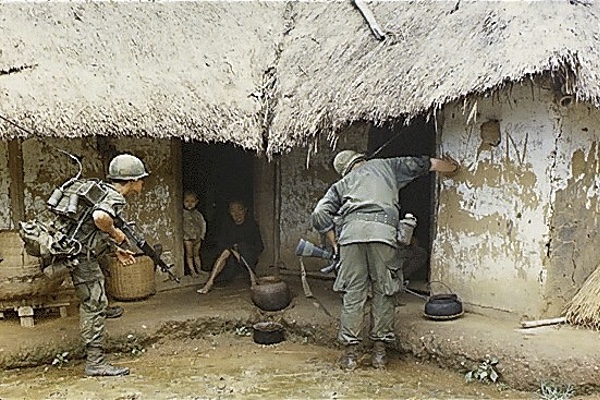 Fiftieth anniversaries of dates important to the war in the American war Vietnam are renewing interest in the war, and generating new studies and controversies over how the war should be remembered. President Barak Obama’s Memorial Day announcement in 2012 of a $65 million allocation for a thirteen-year series of 50th year anniversary activities dedicated to the war was followed by objections that Pentagon control of funding might result in biasing the historical record. Subsequently, historians and leaders of the antiwar community launched their own initiative to insure the fullest possible accounting of not only what the U.S. did in Vietnam during the war years but costs of the destruction left behind.

As is typical of American insularity, interest in—or even awareness of—commemorations of the war that might go on in other countries like Australia or South Korea that fought on the U.S. side is virtually absent. Much less, is there any recognition that the Vietnamese themselves have their own commemorative practices and memorial traditions.

Thus, it is with all the more interest that we receive news from Chuck Searcy reporting a controversy erupting over Australian and New Zealand (ANZAC) plans to celebrate the fiftieth anniversary of the battle of Long Tan, near the coastal resort of Vung Tau, where an outnumbered ANZAC force held off fighters of the National Liberation Front (aka the Vietnam Cong) 50 years ago. The Vietnamese government banned the celebration this year because of the large number of Australian and New Zealander tourists anticipated, and their bad behavior during previous commemorative events.

Searcy is a U.S. veteran of the war who leads Project Renew, an organization in Vietnam dedicated to the removal of landmines and bombs left behind by the U.S. At this link he provides his own commentary on the Long Tan controversy and includes some additional news clips about the affair. (Last-minute negotiations have resolved some of the disagreements and a “limited” form of the event will take place.)

Readers interested in the Long Tan story can delve more deeply into the cultural and historical issues at play in struggles like it in a spate of recent books on what scholars are calling “transnational” commemorations of the war. Most apropos of the Long Tan story is Nathalie Huynh Chau Nguyen’s 2014 edited volume New Perceptions of the Vietnam War: Essays on the War, the South Vietnamese Experience, the Diaspora, and the Impact. Her collection features an essay by Australian writer Christopher Linke, “Side-by-Side Memorials: Commemorating the Vietnam War,” from which we learn about statuary that position Australian and South Vietnamese soldiers together on a single pedestal. That effort to represent the mutuality of Australian and South Vietnamese (ARVN) fighters is replicated by a side-by-side memorial in Westminster, Orange County, California that remembers the alignment of U.S. forces and the ARVN.

The controversy over such memorials stems, in part, from the recognition they connote—the transnational designation—that the former Republic of Vietnam, of which the ARVN was the military arm, was ever a nation. In her Introduction to the volume, Nguyen suggests that the post-war Communist leadership of Vietnam commemorated the deaths of its revolutionary fighters as “heroic” while razing the cemeteries ARVN dead as a way to erase memory of the RVN’s existence. In his After the Massacre: Commemoration and Consolation in Ha My and My Lai (2006) anthropologist Heonik Kwon writes about the “politics of memory” as a tension between a modernist state that disdained vestiges of superstition in funeral and burial practices in favor of commemorations that recognized war deaths as patriotic sacrifices made for the future of the nation.

Christina Schwenkel, an anthropologist, uses The American War in Contemporary Vietnam: Transnational Remembrance and Representation (2009) to contrast U.S. commemorations such as the Vietnam Veterans Memorial wall which focus on loss and grief, with those in Vietnam, like peace parks, which are more hopeful and forward looking. As per the themes developed by Kwon, Schwenkel documents the way spiritual tones of traditional practices have been incorporated into the secular and political forms in order to diminish the tension between popular and statist sentiments.Especially poignant is her documentation of the ways U.S. commemorative practices are penetrating Vietnam’s own. As does Scott Laderman for his 2009 book Tours of Vietnam: War, Travel Guides, and Memory, she locates the source of that transnational contamination in Vietnamese marketing of war commemoration to erstwhile enemy-veterans—a factor, one would imagine, in the dynamic of the Long Tan affair.

As with the title of Nguyen’s book, many of the commemoration studies are framed by the diaspora experience of former residents of South Vietnam who were partisans of the Saigon government. Looking Back on the Vietnam War, a 2016 collection edited by English professors Brenda Boyle and Jeehyun Lim, contains chapter-length examples of these studies. As a literary genre, this body of work constructs a reactionary “lost cause” narrative similar to that which followed the U.S. Civil War and kept hope alive that a culture, a “way of life,” would survive the demise of the slave South as an economic form. One contributor to the Boyle and Lim volume is Viet Thanh Nguyen. The recent award of the Pulitzer Prize for Literature to him for his novel The Sympathizer, about the power of Vietnamese diasporic culture to gin counterrevolutionary fantasies of going back to retake Vietnam from the communists, leaves little doubt that lost causes don’t always stay lost.

For sociologists and anthropologists studies like these are valuable for what we learn from them about social memory and the power of representation. But historians need to engage them more critically for their power to rewrite the historical record. For a while, after the dust of the war itself had settled, scholars were pretty widely agreed that the Saigon government was a client regime installed by the United States and kept in place by U.S. political, economic, and military support. The counter-poised ideas that Saigon was a freestanding and sovereign entity that had invited-in U.S. involvement, and that North Vietnam was, thereby, an invading national “other” that needed to be repelled, were discredited as fictions. The diaspora “lost cause” literature is the expression of that fiction.

For all of us, the report about Long Tan circulated by Chuck Searcy is a reminder that the war is remembered far beyond our own parks, museums, and anniversaries, and it should remind us that the Vietnamese stake in its remembrance is much greater than our own, or that of our allies. Beyond that, the story should encourage some curiosity about the way other people “do” memory, a curiosity that should be more whetted than sated by the books fore-mentioned.