Will Typhoon Haiyan Cause Meaningful Political Reform in the Philippines?

Richard T. Chu is associate professor of history at the University of Massachusetts, Amherst. He was born and raised in the Philippines. 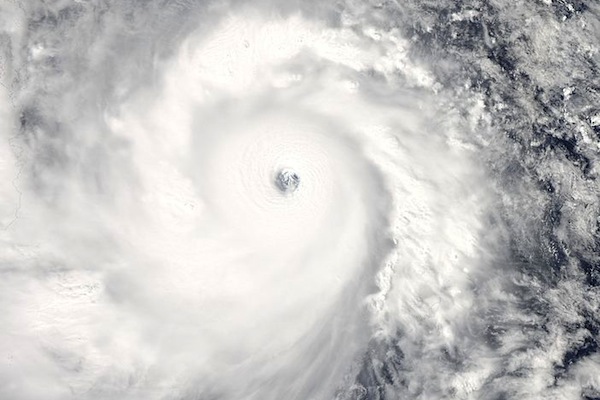 The Philippines has been getting a lot of international attention in the aftermath of Typhoon Haiyan, one of the strongest typhoons ever recorded. Apart from news about the devastation, reports reveal the frustrations Filipinos feel over the unpreparedness of their government to deal with the calamity, and the squabbling going on between national and regional officials over who is responsible for the relief and rescue efforts. A week into the disaster, several towns affected by the typhoon have still to receive the food, medicine, and water they need. Many still could not reach the towns of their relatives and know whether they are alive or not.

As a historian on Philippine colonial history, I have been asked whether this event will spark a civil unrest, or is a turning point that will serve as a wake-up call to both the government and the Filipino citizens to initiate and institute real socio-economic and political changes in the country.

My answer is a qualified no.

To understand my cynicism, we have to go back through time to the root causes of the political and socio-economic problems the country faces today.

In 1898, when the United States colonized the Philippines, the American colonial government created a system of “patronage-clientelism.” Filipinos aspiring for office could only be elected or appointed if they had an American “patron,” a government official to back their bid for leadership. Manuel Quezon and Sergio Osmeña, two Filipino politicians, rose to power because the American colonial rulers deemed these “clients” as pliant, non-threatening, and reliable when it came to preserving American military (the U.S. built two of its largest bases -- Clark Air Base and the Subic Naval Base -- in the Philippines) and economic interests in the Asia-Pacific region. Anyone seen as very critical of American colonial rule was surreptitiously removed from power. Under this “patronage-clientelism” system, Filipinos also voted for candidates whom they regarded as “patrons,” i.e., people with whom they had familial, ethno-linguistic, or regional ties. As a consequence, “national” leaders often looked out for the interests of their own or direct constituents, and not of the nation as a whole.

The U.S. government also created a system of economic dependency. Land fell into the hands of large American companies and rich Filipinos. Under American “tutelage,” the Philippine economy had been turned into an export-oriented economy. Industrialization was skewed in favor of an import-substitution economy with raw materials exported and imported as finished products. Moreover, economic wealth and political power were given over to few families, creating dynasties and oligarchies. As the economy worsened in the 1930s, many dispossessed farmers joined the Communist Party out of desperation.

After the Philippines became independent in 1946, the practice of “patronage-clientelism” persisted. The U.S. government made sure that those elected into power would continue to protect American hegemony in the region. The most blatant form of such “patronage-clientelism” relationship can be seen in the case of Ronald Reagan and Ferdinand Marcos. Despite the knowledge that under the Marcos dictatorship, gross human rights violations were being committed and the wealth of the country being stolen by Marcos and his cronies, Reagan continued to support Marcos because the latter was seen as an ally of the Americans in its fight against communism in the region.

Furthermore, through its financial institutions, the IMF and the World Bank, the U.S. ensured that it would continue to control the Philippine economy and subject it to its neo-liberal policies of market liberalization, devaluation of the currency, and suppression of wages. As a result, the country, once touted as second only to Japan in economic prosperity after World War II, is now often labeled as the “sick man of Asia.”

Oligarchic families -- from the Macapagals, Marcoses, Magsaysays, Aquinos, and Cojuangcos -- maintained their rule over the country. Political position and power became a pathway to enrich oneself, one’s family, relatives, townsmates, or province. Corruption, through nepotism, became part of the culture of the Philippines. Unable to rely on the national government to provide them with proper livelihood or protection, many Filipinos have adopted a kanya-kanya -- a Tagalog word to mean “to each his own” -- attitude. Voters have also maintained a strong sense of regionalism versus a sense of “Filipino” nationalism, electing leaders whom they could regard as “patrons.”

Even with the restoration of “democracy” in 1986, when Corazon Cojuangco Aquino was installed as president, corruption remained rampant. Aquino’s own relatives used their positions to enrich themselves. Joseph Estrada was accused of receiving bribes from gambling lords. Former president Gloria-Macapagal-Arroyo and her family have been charged with stealing money from the national lottery during her years in power.

And over the past few decades, natural calamities have struck the country. Located along the “Pacific Ring of Fire,” the country has several active volcanoes. It experiences dozens of earthquakes and is visited by typhoons on an average of twenty times a year.

But manmade disasters or simply human gross incompetence or error -- as we are seeing now -- compound the problem wrought by natural calamities. In 2008, the Princess of the Stars ferry sank with more than seven hundred people drowning. The combination of bad weather conditions and poor enforcement of safety regulations (e.g. overcrowding, allowing unseaworthy shipping vessels to sail) has resulted in ship or ferries sinking on a regular basis. In 2009, Typhoon Ondoy inundated Manila, killing two hundred people. Year after year, Manila and other big cities are flooded due to clogged up sewers. In other areas, many people die due to landslides caused by illegal logging.

With so many natural disasters facing the Philippines every year, the government could have spent more on preparation. But money that should have been spent on emergency preparedness has ended up in the pockets of corrupt politicians. A few months ago, the “pork barrel” scam exposed that taxpayers’ money that was supposed to be allocated for the construction of bridges, roads, and schools was being siphoned into dummy or non-existent non-government organizations. Three prominent senators and a number of representatives have been implicated in this scam.

Will this disaster cause people to demand the ouster of the Aquino regime, or spur the government to implement structural changes to fight corruption and solve other major issues in the country? This is a country that has seen so many natural disasters and yet has not witnessed any change in the way the government operates. Nor have those leaders who failed in their duty to improve the conditions in the country, or worse, who engaged in graft and corruption, been held accountable. This is a country that has reinstated the guilty and the corrupt -- the Marcoses, the Ejercitos, or the Macapagals -- back to power.

This is a country that fought for its independence against its colonizers -- Spain in 1896-1898, the United States in 1899-1902, and Japan in 1942-1945. This is also a country that has staged two people power movements that ousted two presidents. These are a people that, when pushed to the brink of despair, frustration, and anger, has historically demonstrated their capacity to fight for their lives, independence, and freedom. But this time is not yet the time.